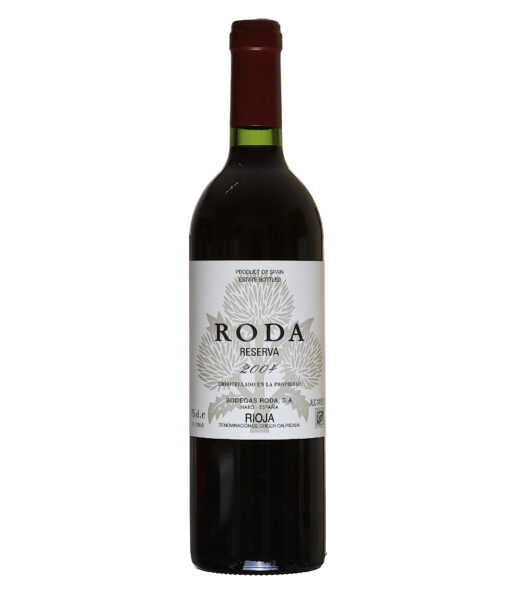 It is thought that when the Romans settled in Bordeaux, some of the vine cuttings they brought with them and planted had originated in La Rioja, where they had founded many vineyards as early as the 2nd century BC. Over 2 millennia later, Rioja is the most famous of Spanish wines, and forward-looking producers are seamlessly fusing tradition and modernity to create wines of complexity and character. One such producer is Bodegas Roda, a winery founded in the late 1980s which has rapidly gained renown for its meticulous and exacting research into Tempranillo, one of Spain’s oldest indigenous grape varieties. Using the most modern of technology, Roda have perfected the art of Tempranillo, identifying 552 individual clones, from which only 20 have been selected for propagation, chosen for the quality they deliver in specific vineyard plots. Tended by renowned Rioja expert Agustín Santolaya, President and Supervising Winemaker, the Roda vineyards consist of 28 immaculate blocks of old Tempranillo, Garnacha and Graciano vines, located in the best ecosystems of La Rioja Alta. Here, the Atlantic, the Continental and the Mediterranean climates play off each other unpredictably, causing a given vineyard to respond differently from one year to the next. This variation forms the heart of the Roda philosophy to express not just a sense of place, but also the climatic year of each vintage.

Roda uses Bush vines over 30 years old and yields are limited to 1.5 kgs per vine to encourage phenolic maturity which results in depth and complexity on the palate. After a period of cold maceration, temperature controlled fermentation was completed in French oak vats. The wine was then aged for 16 months in barrel of which 50% is brand new and 50% is second use French oak, qualifying it for Reserva status. 20 months cellaring in bottle followed.